On Friday April 4th, an introduction workshop on traditional Urushi lacquer technique was organised at the Makers Guild/Fablab Amsterdam in collaboration with FabLab Kamakura (Japan) and with Dr. Kenji Toki (Japan) as lector.

Following the true Fablab methodology we had a live connection with Japan by teleconferencing, and this is how we were able to share the knowledge worldwide. It also proved to be a really handy tool for the practical part of the workshop, where we tried coating small objects/materials. It allowed us to have instantaneous feedback from Japan.

At this workshop, I discovered what Urushi resin is and how it can be used. The tradition of this craft is deeply rooted into Japanese culture, and it's not only a material to manipulate, it's a passion to feed daily. Fundamental in the process are the tools used for the finishing work. For Japanese crafters, the quality of an end product is mostly determined by the knowledge of cleaning, caring and keeping the tools in good condition.

Dr. Kenji Toki was invited to give a speech on his work and to reveal us the secrets of this extraordinary material. What I found interesting in Dr. Kenji Toki's work is the combination of parametric design and Urushi finishing. He has been working as a contemporary craft practitioner, exploring representations of Japanese lacquer with diverse materials such as carbon fiber.

Urushi can be used as a surfacing material and is applied like oil-paint or it can function as a strong adhesive, comparable to Epoxy when it's combined with natural fibers such as hemp or cotton and works as hardener then. It's possible to create stable and strong structures and shapes, by hand or with the help of a mould, this combo is called Kanshitsu and it has been used in Japan since the 8th century.

It's almost impossible, because of the delicate process of extraction of the resins from Urushi trees, to think of mass production. So how can enable the survival of a craft like Urushi, which is mainly transmitted between generations by words and only in Japan?

At the Makers Guild, we are interested to keep alive traditions and an preserve cultural diversity, and we want to find connections between digital fabrication and artisanship bringing know-how into the cloud but still keeping our feet on the ground. It’s not only about sharing information, it’s also about shaping data into reality. 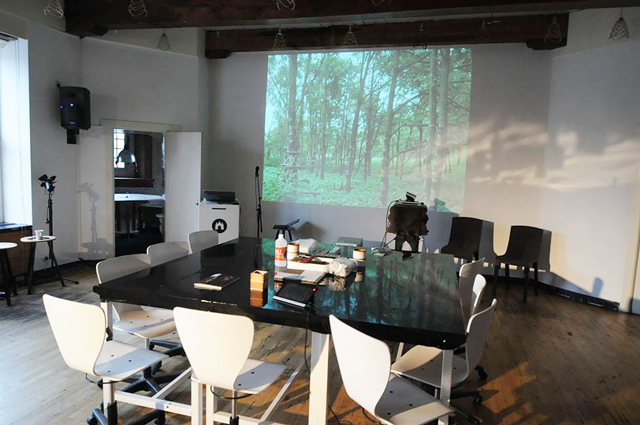