So you bought the shiny iPhone X. Your iPhone 6 now sleeps in your closet. But… what if you can upcycle it by combining it with AI? At the workshop held in Waag on December 7th 2017, we did an ideation session to “phonvert” retired smartphones with AI.

The word 'phonvert' is a made-up word that combines phone and convert. As big corporations create new models of smartphones each year, many capable yet less desirable retired smartphones pile up. IDC estimates that of the 1,4 billion smartphones sold in 2015, more than 280 million working smartphones were replaced without being recycled.

While many of these still work and have usable sensors, most of them remain unused or worse yet, end up in landfills. Through spreading the word, project phonvert is building a movement and a community that is dedicated to finding alternative usages for old phones.

From a microscope for smart diagnostics in Uganda to an earthquake monitor in Japan, new ways of phonverting are being developed around the world. This project was acclaimed internationally and was exhibited at Design of the Year 2016 at the London Design Museum.

In the workshop, we explored the potential of combing retired smartphones with image recognition system that can see and identify objects, powered by Google Cloud Vision. 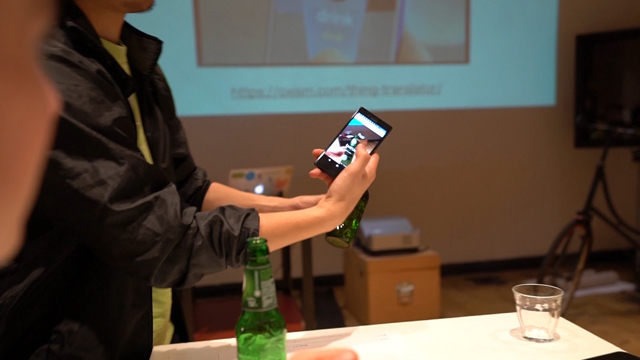 Each group worked with an old smartphone with an application which data from multiple sensors were visible. To demonstrate the potential of image recognition, we used the Thing translator by Dan Motzenbecker. It detected a bottle in less than 3 seconds.

We also had badges for the sensor data and the things that can be detected. At each session the participants drew random contexts cards to decide on which social context they would phonvert in. The context card ranged from developing countries to government and politics.

Peek into a world where things understand us

According to the participant, this is a lost pet finder. By feeding several pictures of your pet animal to the system, it detects where your pet is through the eyes of the smartphones attached across the city. At a glance this is a funny innocent idea. However when you consider that this can also be used to track people, it opens up a lot of other questions.

When a system that can do complex image recognition is in the hands of everyone, what could happen? Since most of the image recognition system work cloud-based, we found out that it works perfectly on a 5-year-old android smartphone as long as it has the latest version of Google Chrome.

Google has just released their AIY toolkit for makers to tinker with visual recognition system. I expect in a year or two the world will be filled with apps and devices that use it. This could mean “big brothers” everywhere that perform actions based on what it recognizes. Some dystopian ideas by the participant — a protest sensor. This read the emotions and texts in the protest to measure their violence level to be used to ensure a “peaceful protest”. 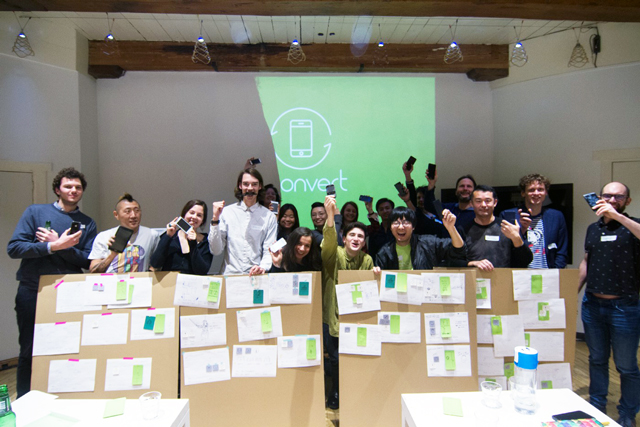 Overall, the workshop was a huge success where we collectively tried to figure out what is possible with AI on retired smartphones. We also had an interesting debate over ethical concerns surrounding it.

Project phonvert will continue to develop this workshop further, so anybody who is interested in joining/hosting this workshop please feel free to contact me here.