During the fifth episode of the Smart Citizen Talks we present young agents of change. How can you take control of your own environment when you are young? By small scale actions, demonstrate in the streets, by dreaming of a new and better world or strategically make use of the existing power structures? By hacking closed systems or applying new ones?

Guests in this editon are:

The term ‘citizen science’ encompasses a broad spectrum of initiatives; there are many examples where participants simply collect data or complete tasks for a scientist-designed experiment. By contrast, Science for Change Kosovo (SfCK) is a ‘radical’ citizen science project. We describe ourselves as radical because we believe people from the communities should be involved at every stage, from framing the research questions to designing the data collection, conducting data analysis and interpreting the results. In this way, we see ourselves in accord with Public Lab‘s idea of civic science. 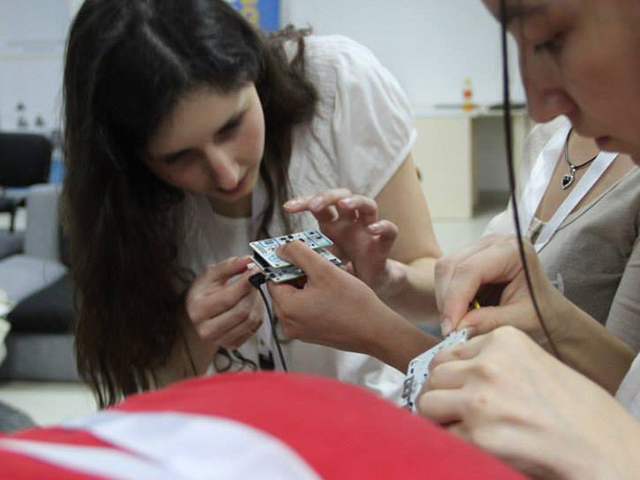 A rapidly growing number of Smart Citizens take the future of the cities in which they live, work and play into their own hands. This takes knowledge, stamina, and access to networks of likeminded people. A large number of labs – like Fab Labs, Wet Labs, Maker Spaces and Code Clubs – are the places where this is happening at an increasingly massive scale. Their protagonists are artists, scientists and hackers, together cracking the code of hardware, software and wetware, coming up with new ideas and developing meaningful applications. In doing so, they gain a deeper understanding of the issues and forces that shape our world, and become (once again) the makers of change that our societies dearly need. During the Smart Citizen Talks we’ll explore a wide range of bottom up and grassroots initiatives, initiated by people that care about their environment: The human approach to improving the cities living conditions. Small actions that can create big impact.

This series Smart Citizen Talks is a collaboration between Pakhuis de Zwijger, University Twente and Waag.