GammaSense: how to measure gamma radiation?

For the GammaSense project, we set up a network of citizens to help measure radioactive radiation. This network allows citizens add their own data to the radiation measurements made by official bodies. Additionally, it is our opinion that the picture provided by the existing small network of official, high-quality sensors is enhanced by the addition of a larger network of cheap sensors of a slightly lower quality.

Previously, we focused on measuring gamma radiation using smartphones. This type of radiation is the most penetrating and, therefore, can best be measured at various locations. The smartphone method takes advantage of the fact that the CMOS sensor in a camera is sensitive to gamma radiation.

In a test setup, RIVM (one of our partners) demonstrated that this approach really works. Unfortunately, the sensors used in this method are not sensitive enough for most of our use cases. Detecting radiation levels using this method would be possible if there was a nuclear disaster, but lower radiation levels cannot be measured with a smartphone.

Therefore, we must also use more conventional methods of measuring gamma radiation within this project.

As a subject, radiation can be both fascinating and anxiety-inducing. If you quickly search the internet, you will see that enthusiastic amateurs have been measuring radioactivity as a part of hobby electronics for years. And the recent nuclear power plant disaster in Fukushima led to a proliferation of initiatives (including Safecast and radmon.org) and DIY projects to help curb the threat radiation poses to human health. Overall, there are three categories of sensors that are of interest to us, based respectively on PIN-diode sensors, scintillation detection, and Geiger-Müller tubes. The latter category seems to fit best with our criteria because you can buy reasonably sensitive tubes for a small amount of money.

Since so much is happening in the realm of open-source hardware, it seems obvious to build on the good work of others. For this reason, we're investigating and evaluating various initiatives. The most important decision we must make is choosing the electronics that drive the Geiger-Müller tube and the tube itself. We began our search by ordering different components and trying them all out. In order to cut down our options for choosing the right tube, we relied largely on the experiences of others. Based on our research, we found that Soviet-era tubes are still quite popular due to their robustness, reliability, and low price. It took some searching, but we eventually discovered that these tubes can be obtained from Russian suppliers via the German version of eBay. 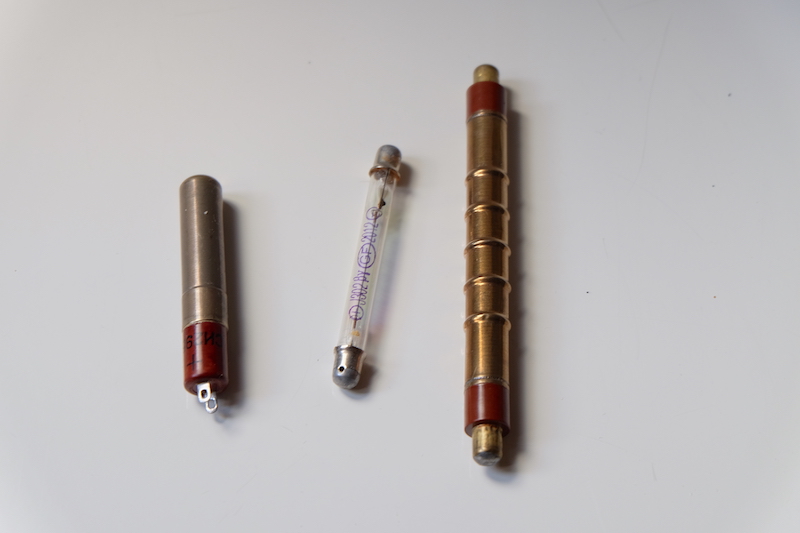 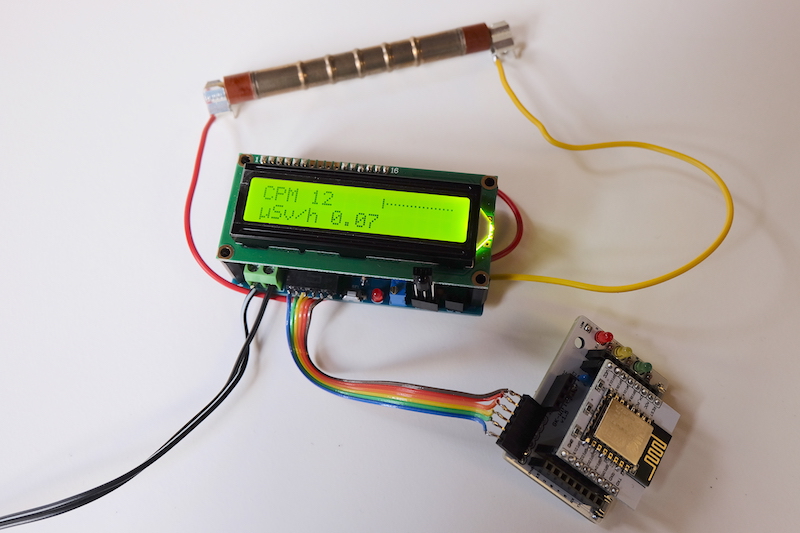 After ordering your kit and spending an afternoon soldering, comes the most exciting moment: trying it out. Radioactive radiation is a naturally occurring phenomenon that permeates our environment. A sensitive sensor, therefore, will always pick up a certain amount of harmless background radiation. The only way to tell if your new Geiger counter really works is if you can influence the amount of ambient radiation with a source of radioactivity. It isn't very easy to get your hands on radioactive material—fortunately! Historically, however, radioactive material used to be used in various ordinary objects for the home, kitchen, and garden. Using this knowledge, we were able to find a beautiful ice cream cup made out of green uranium glass from an online antiquarian. And yes, the glass really does appear to be radioactive. It's incredible to think that this glass has been radiating hundreds of particles per minute for over a century (and the uranium it's made of for far longer). 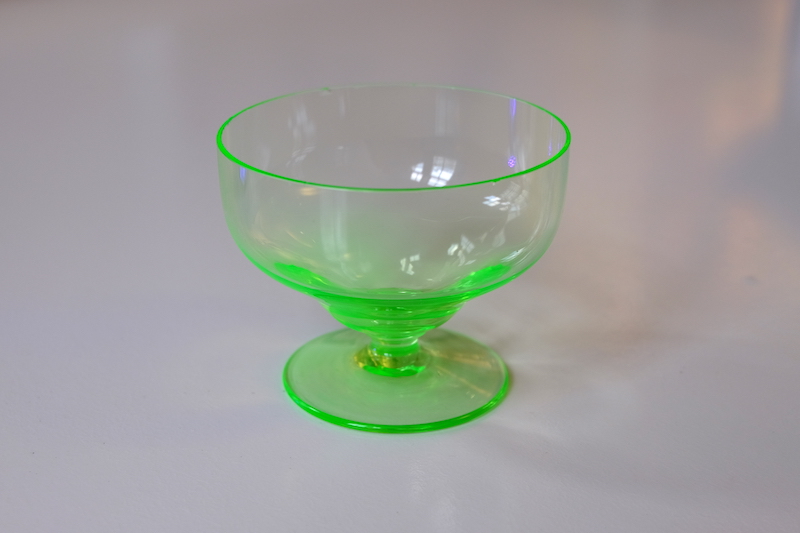 Going forward, we plan to determine which combination of hardware and tube best meets our needs. To do this, we will compare the sets (both tubes and hardware) with calibrated measuring equipment while also looking at other aspects, such as power consumption and reliability. From this research, we will determine the specifications for our measuring station and the adjustments that we'll need to make to the hardware. We'll also set up a platform to collect and analyse real-time data from the measuring stations.

Both the placement of the measuring stations and the analysis of the data will require special attention. As previously mentioned, radiation is naturally occurring and certainly isn't always just the result of activity in nuclear power plants. As a result, you can never be certain what causes a Geiger counter to tick. However, an aberrant pattern in the measurement network could, indeed, indicate that somethingis going on. We can also further exclude randomness in our measurements by linking the data from our measuring stations with other available data. For example, if you knew that there was a train carrying nuclear waste and you measured an increase along the track at the exact moment the nuclear transport passed by, you would assume that those events were linked.

Ultimately, the project will only succeed if we manage to actually get the network up and running. We will, of course, have a coordinating role to play, but we'll also need the help of enthusiasts who want to adopt a monitoring station. Are you interested? Keep an eye on this project!