The explosion of reactor number 4 at the Chernobyl nuclear power plant on 26 April 1986 was the most terrible nuclear accident the world had ever known. Soviet authorities, however, stayed silent on the disaster. Two days later and over 1,000 km away, an employee at the Forsmark nuclear plant in Sweden detected unusually high radiation, forcing the Soviet government to publicly acknowledge the tragedy.

Hopefully nothing remotely as catastrophic as the Chernobyl or the Fukushima disaster will ever happen again. However, if you live in the proximity of a nuclear power plant, you might want to have access to reliable data about any variation of radiation levels in your neighbourhood. The developers of GammaSense believe that citizens should have at home the tools and means to monitor radiation levels. Immediately, inexpensively and with a fair level of accuracy.

The team found out that it is possible to use devices with a CCD or CMOS-based camera as gamma-detectors. Research by the Australian Nuclear Science and Technology Organisation has indeed demonstrated a correlation between the amount of gamma radiation and the number of white spots and streaks that appear in photos taken by phone which cameras have been covered with black tape.

The aim of the GammaSense project is to develop an open emergency-infrastructure that can be deployed within minutes, using only your laptop or smartphone and a piece of black tape.

When you cover your camera with a piece of aluminum foil, which is covered with black tape, you can start measuring. Cameras and webcams can thus capture the Gammas radiation and convert them into one unit per minute. This allows large increases to be captured and plotted on a map. 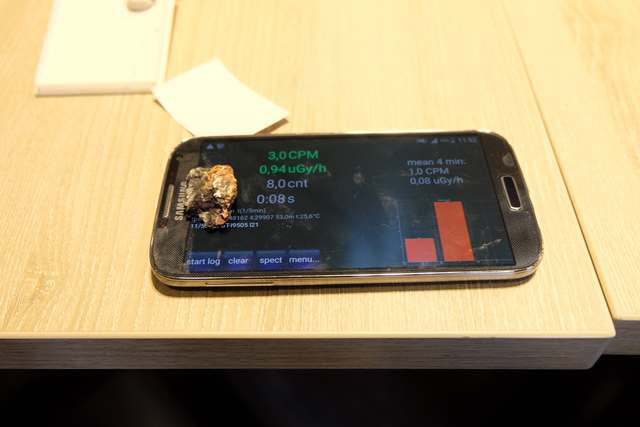 The experimental platform is still in development and being tested through a series of workshops with citizens, experts and policy officers who live in the vicinity of a nuclear plant.

GammaSense is the third Amsterdam-based pilot of Making Sense, a CAPS project with participating pilots in Barcelona, Pristina and Amsterdam. The pilot version of the radiation monitoring tool is available at www.gammasense.org.

GammaSense: launch of a national pilot