Paper and ink made of bacteria

Making paper and ink with the aid of bacteria? Sure! The participants of the 12th Do It Together Bio workshop at the Waag were not scared away by the strange smells of the bacteria. On the contrary. In no-time most of them were stirring away in jars filled with cellulose and pigment producing bacteria. It was such a lot that the smell of it lingered for a couple of days!

Growing pigment
Some natural bacteria, like the Janthinobacterium lividum for example, are making dark purple pigments. A mixture of yeast and acetic acid, also known as Kombucha or SCOBY, was put to work to create cellulose. Then, the pigments were converted in paper and the cellulose in paper, thus proving all the necessary ingredients to print a book made of 100% bacterial matter. And as a photo says more than a 1000 words, hereby a short photo impression of this colorful bio workshop night full of ink, petri dishes and bio polymer. 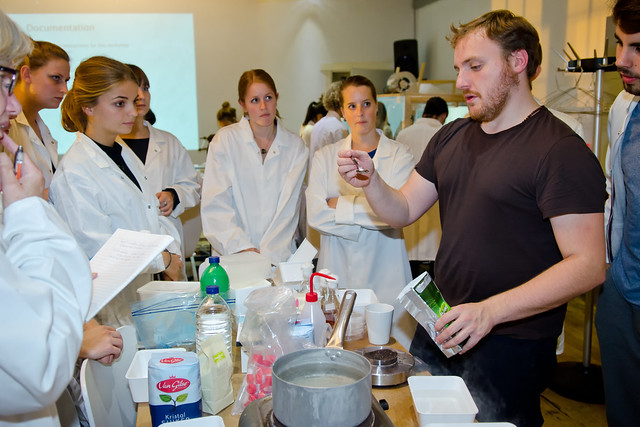 First, Federico Muffito showed us how everyday household ingredients are the basis for cellulose producing bacteria. 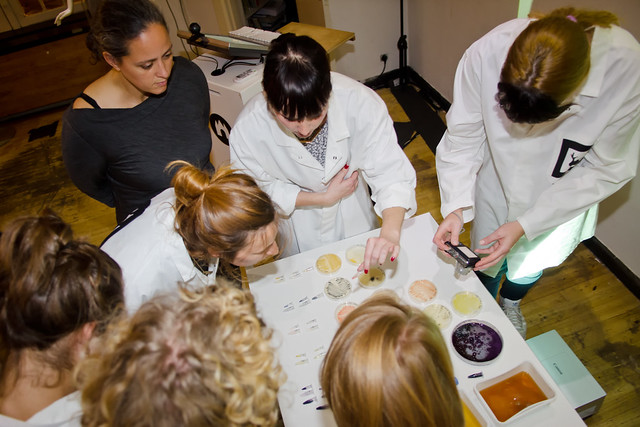 Ingrid Nijhoff already had experience with pigment producing bacteria at the Open Wetlab. The project is even nominated for the “New Material Award”. New cultivations are made and distributed. 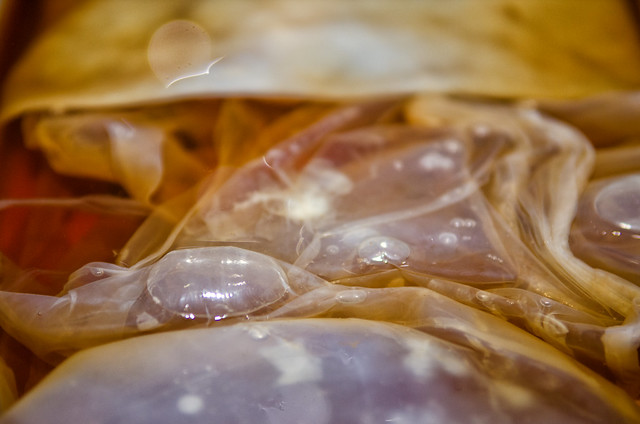 Preceding the workshop a lot of cellulose had already been cultivated. A slimy layer of bio polymer is floating on top of the jars. 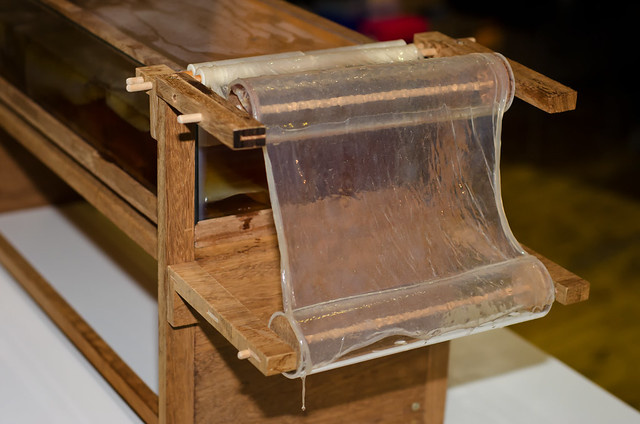 This installation was made and demonstrated by Naja Ankarfeldt. It soon fuelled a conversation on the relation between micro-organisms and machines. 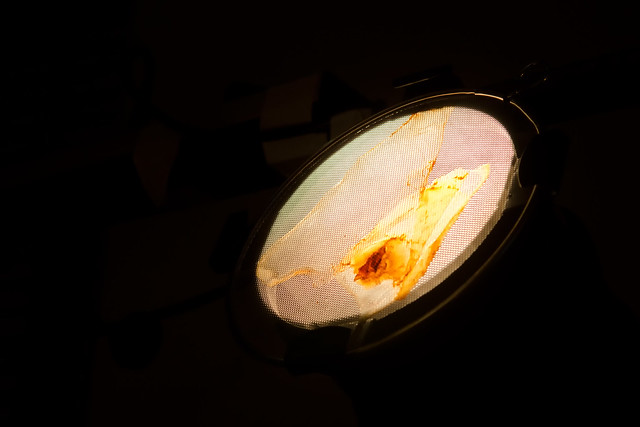 At the Do It Together Bio workshops we mostly do not have manuals available. As nobody had made paper before, we searched for a recipe. To dry the cellulose we pressed it and tried out several things. Ironed it, but that was no success. Then dried it in an oven, that went to fast. Finally, the theater lights provided the exact right temperature to do the job. 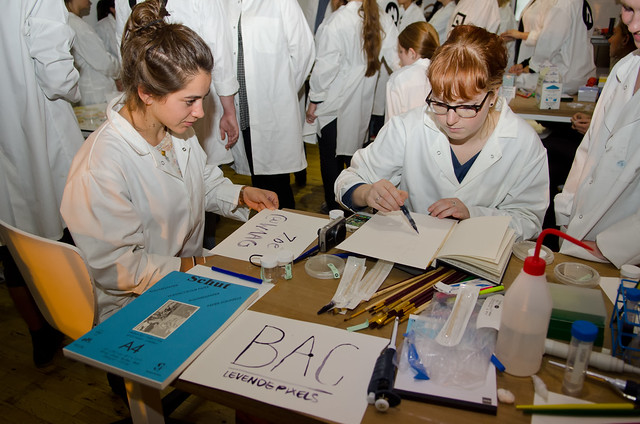 Full-grown bio ink bacteria were isolated with aceton and a centrifuge. After that it was just a matter of finding the right pen to write with. At the end of the night we wrote a page of the book, so the experiment succeeded!

Do It Together BioDutch DIY Bio community