What if we stopped taking the growth of the economy as the ultimate goal and instead took solidarity, circularity or the assurance that we can still breathe oxygen in 2090? In other words, what if we change the rules of the game?

In the Game Changers blog series, we talk to artists, musicians and do-gooders who do things differently. We ask them: 'what new rules of the game are needed for an open, fair and inclusive future?'

Today we have a chat with graphic designer Lukas Engelhardt (DE/NL). He was selected for the Artsformation open call with the work Squatting the Cloud, and continues to develop work with Waag that will be exhibited during Museum Night Amsterdam (5 November) and the upcoming exhibition Digital Shadows at the Public Library of Amsterdam (9 December 2022 - 26 February 2023).

How would you introduce yourself?

I’m Lukas, a graphic designer in Amsterdam, originally from Germany. I build, break, and fix my own servers together with friends and collaborators. I’m also part of the squatting organization Mokum Kraakt. My current work revolves around the idea of autonomous spaces, both online and offline.

While thinking of the analogy of physical and digital spaces, there’s a lot of similarities with a community-run place like a squat, which ultimately also relies on the city’s existing infrastructure, where you host human interactions and get-togethers. This idea of carving out a niche for yourself and for your community from where you can operate is what connects my work in the digital and physical space.

What are according to you the rules behind the current system?

Big tech companies exploit workers in the global south, they breach our privacy and work together with governments to spy on us. Or, they just spy on us to sell stuff and make us sad. It’s really terrible. Also, tech waste causes a huge problem for the environment. I feel like a lot of people are already aware of these problems. But the question is how to move beyond from there.

Will the systems change anytime soon? I don’t think so. But can you do things on a smaller scale that are closer to your own values? Totally. I think that there, a lot of opportunity lies. And hopefully, it will spread more widely.

What is not working well when you consider the rules?

If you want to share and edit the same files with a small group at the same time, you usually work in the cloud. The cloud is a service, usually provided by a company. It's a central node that connects and syncs different computers. The term the ‘cloud’ is a euphemism, it’s vague and implies something light and immaterial, but that’s wrong. What it actually describes are physical rooms full of servers, cables, computers and infrastructure. It describes data centers. There’s nothing mystical about it.

The problem is that it has become very difficult to escape seemingly ‘free’ tools. All the while, everything that you write on for example Google Drive is being analysed to make a profile of you and ultimately, to show you personalised ads. Why are we OK with it? Because these big companies are able to create these slick interfaces that completely hide what is actually happening. It seems seamless.

The companies behind these tools don’t align with my ethical values. But by making them so easy to work with, we get used to them. It messes with our idea of value of expense, because if you want to self-host, you need to maintain it yourself, if it breaks you need to fix it, it always needs to be on. It makes alternative, autonomous approaches like self-hosting feel like you have to make an effort. 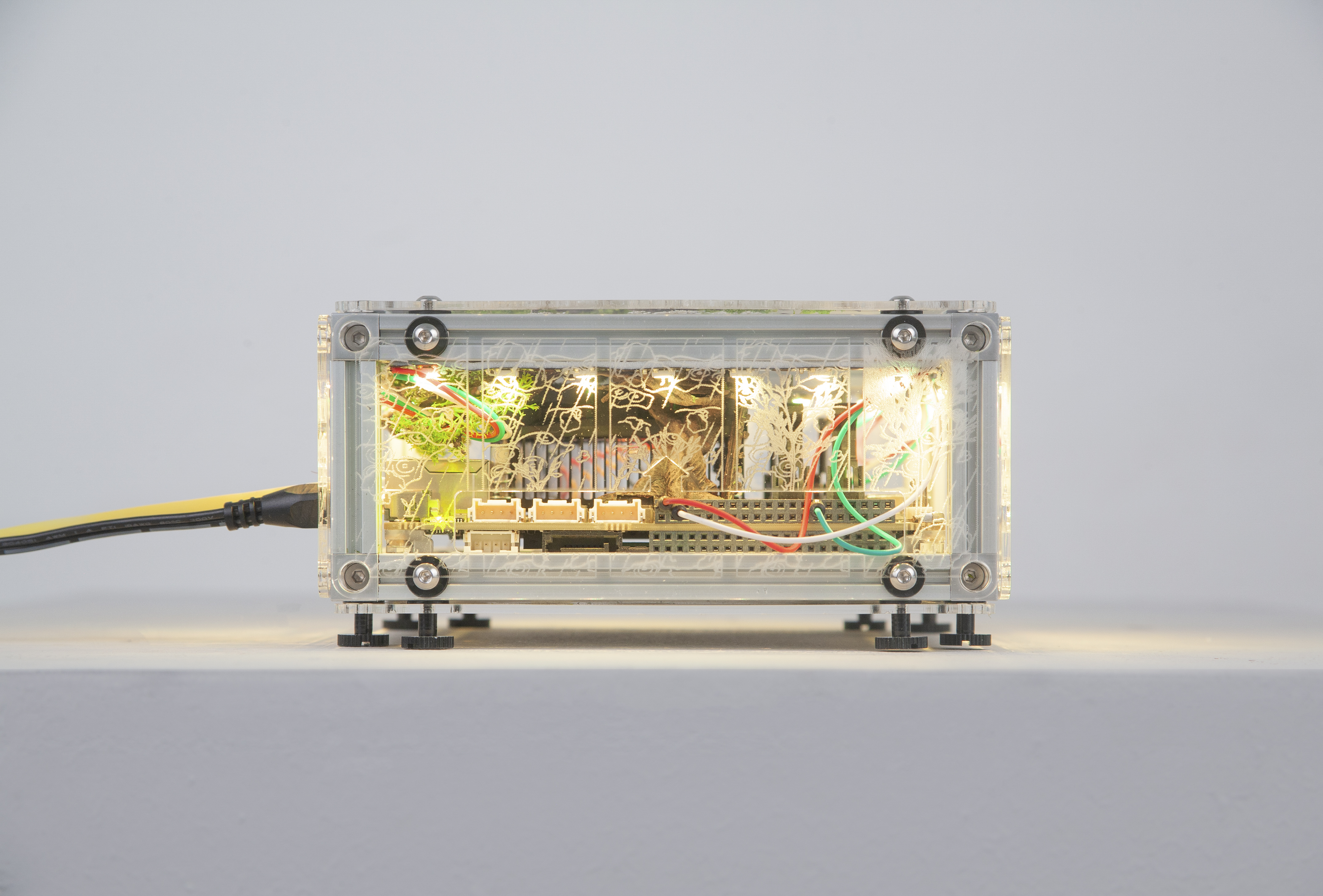 What if you could change the rules of the system, what would you change?

I didn’t want to make work about things anymore, but instead to approach problems in a more pragmatic way. This is why I applied for the Artsformation open call: with this funding, I'm developing a more ethical ecology of tools for people like myself and small groups or collectives. It revolves mostly around the topic of self-hosting. There’s a lot of information on the internet about how to do it, of which not everything is accessible for most people.

I’m working with Paul Bille and Ada Reinthal on a manual to build your own server. It will be a Wiki tutorial guide for everyone who can pick it up if they’re interested in the topic. It can be for people who are interested in the alternatives, or for the bit more advanced, who would like to know which hardware to pick or what packages to install. It will exist in the form of a website and will be launched during the upcoming Digital Shadows exhibition at the Openbare Bibliotheek Amsterdam (9th of December 2022).

Recently, I also got involved with a group that works around the topic of permacomputing. They try to apply the permaculture design principles that derive from farming, to computing. It’s a way to find a more ethical and sustainable way of dealing with computing. There is no perfect world with a completely ethically just way of computing, because the energy and ecological resources that are put into the production of chips. Nevertheless, it’s still important to see how we can do better. I think it’s important to make small, communal solutions for you and your people around you, rather than to come up with universal solutions.

Take veganism. It won’t overthrow capitalism or the bio industry, but it’s still better than having no alternative. In the cultural sector, there’s a lot of room for organizations to define themselves and how they deal with infrastructure. Of course, it’s connected to making an effort, but there’s a lot to be gained as well. 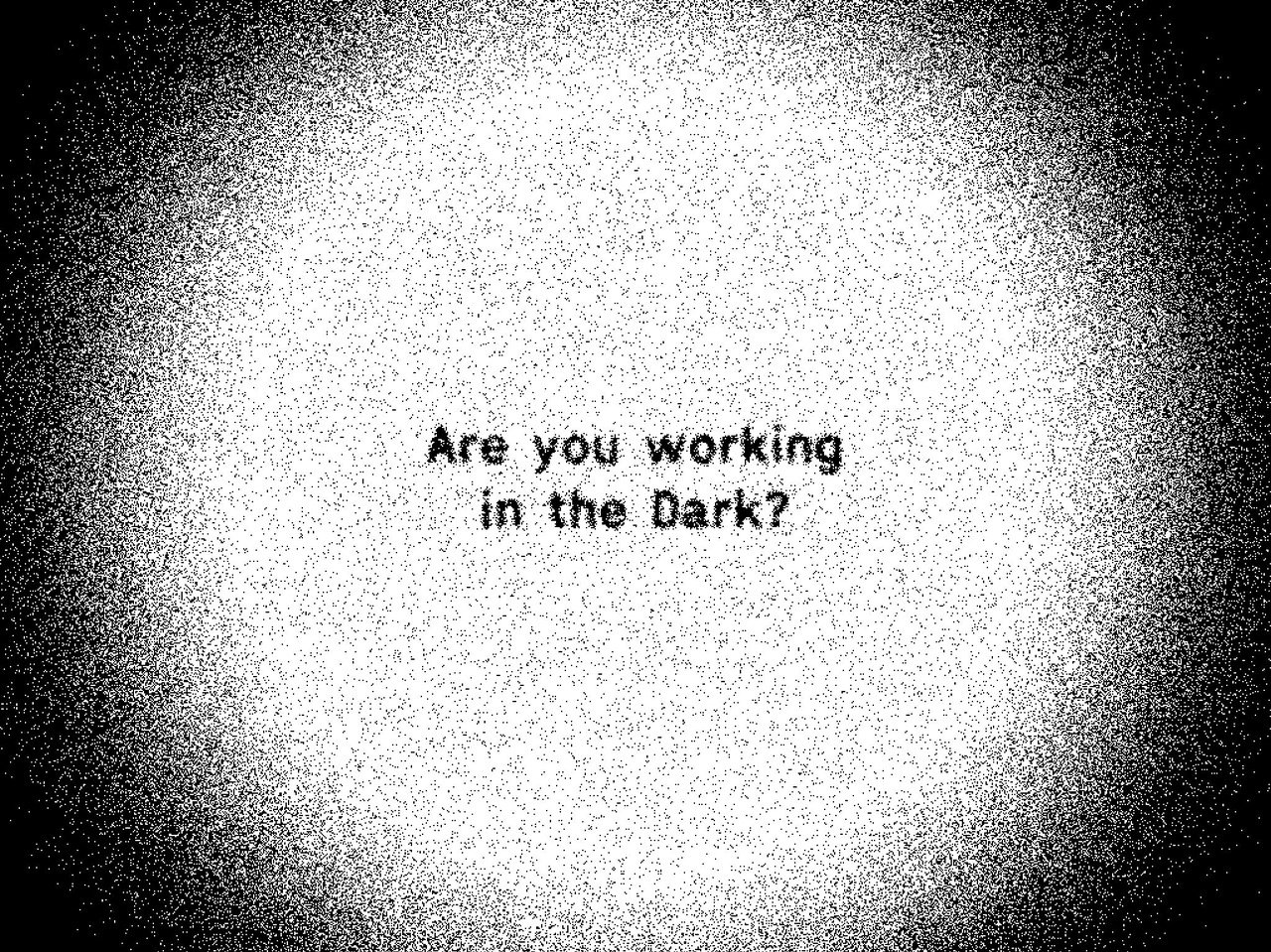 Lukas Engelhardt and Paul Bille's audiowork Are you working in the Dark? will be exhibited during Museum Night Amsterdam at Waag

How does your work contribute to an alternative on the current system?

I have been making computers for groups to enable them to self-host. What you do, is you get a small computer, you put a Linux system on there and install software that you can use. And that’s kind of it! For example, I’ve created one with Ada Reinthal for Salwa Foundation.

The work for Salwa Foundation is also a sculpture. It hangs on the wall in their studio; it has light, a story engraved in it and miniature plants growing in them. It invites you to think of how digital spaces look like. Because a lot of times, servers are hidden away, I like to make them more visible by turning them into the central point of how you operate as a group, to think of it more as a co-existing space.

Next, for the Museumnacht at Waag, we’re inviting visitors to listen to a guided visualization. It’s a sound piece called Are you working in the dark? that I’ve created together with Paul Bille. The visualization started from the idea that somehow, when you make this analogy from physical space to digital space, a lot of the things that we take for granted suddenly seem really absurd. What if you would get a free studio space with the one caveat that there’s constantly someone watching over your shoulder to see what you’re doing? We want to show these power relations, but also to show the physical metaphors: you surf the internet, the information high way, the cyberspace, the cloud… It evokes physical space somehow.

The guided visualisation invites visitors to imagine that they’re entering their digital workspace. By positioning themselves in it, you're are invited to think more of the relation that you have with the space. We ask people to imagine their digital surroundings: is it slick or messy, do you share it? But also: do you rent it or are you the owner? It’s a tool to think about what kind of place your digital space it is, and what you would like it to be.

Museumnacht x Waag: How to gain control over the algorithms?

On average, we spend 5,5 hours per day swiping and scrolling behind our screens. Do you ever wonder how profit models behind ‘free’ apps such as Instagram and TikTok are modelled? Who gets to decide the rules in the current attention economy? During Museum Night 2022, designers like Lukas Engelhardt, artists and their interactive installations will offer new perspectives for a more open, fair and inclusive world at Waag.

Take a look at the program 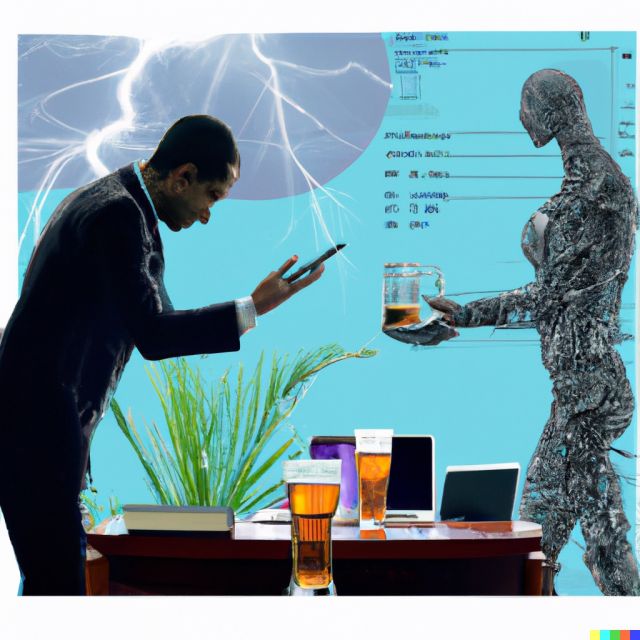 Artsformation has received funding from the European Union’s Horizon 2020 research and innovation programme under grant agreement no. 870726.

Game changer #8: Open knowledge by and for the city

Video series: What if we changed the rules of the game?